66 Oxford Terrace was an earthquake prone building (NBS of <34%), written off by insurers then acquired by Russell Property Group, with a view to seismically strengthening and refurbishing the high-end apartment building for resale.

The proposed seismic solution came in more cost effective than competing approaches with the added benefit of requiring no maintenance even after a seismic event. Saving the building avoided some 500,000 tonnes of carbon emissions if it had been demolished.

Once completed the building’s NBS will be increased to 100% and it will be removed from the Earthquake Prone Building register. Most of the refurbished apartments have been sold off the plans, achieving premium sales prices for Christchurch. 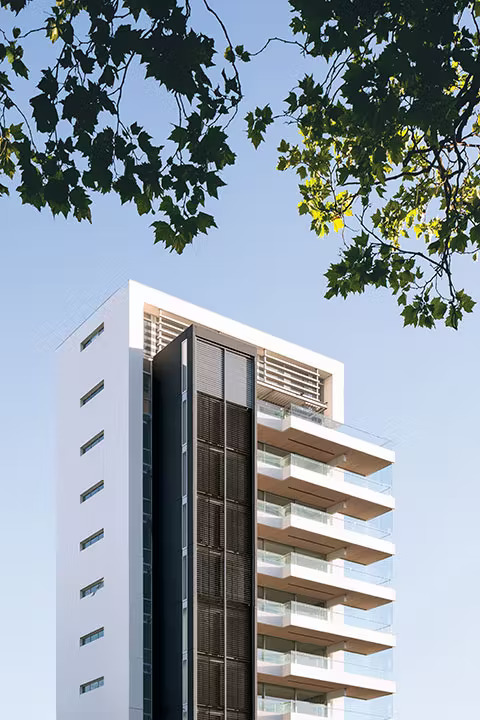 The Christchurch Earthquake Sequence (2010-2011) proved devastating for the city of 350,000 people. 180 lives were lost, and the economic damage totalled some $30 billion. Most of the buildings in the central city remained standing but were subsequently unrecoverable and therefore demolished.

66 Oxford Terrace was considered one of the ‘dirty thirties’, a number of buildings which continued to stand and prove an ‘eyesore’ to residents and visitors many years after the earthquakes. Having changed hands twice since the disaster, the buildings was purchased by Russell Property Group in 2020.

Russell Property Group is part of the Russell Group, a group of companies operating in the construction and property industry. No stranger to earthquake prone buildings, they acquired 66 Oxford Terrace from another developer who had acquired it just 18 months earlier from the insurer and chosen not to go ahead.

It was unclear at that point if the building could be saved, or if it was more economical to demolish and rebuild.

Russell Property Group held a design competition with three separate Engineering Firms participating on a paid basis to produce a strengthening proposal for the building to achieve a minimum of 100% NBS (New Building Standard).

The selected retrofitting scheme was to convert the existing concrete walls to controlled rocking walls. Focussing the seismic deformations to the horizontal rocking plane at the base of the tower reduces the seismic deformation and force demands on the existing elements of the tower. This reduces significant seismic strengthening to only the lower levels of the primary shear walls and secondary walls and reduces the degree of strengthening required to upper-level diaphragms.

This has two main advantages. Firstly, the construction work will be majorly limited to the bottom of the structure, and secondly, the combination of rocking/damping will reduce seismic demand in a way that the target %NBS can be achieved at relatively lower inter-story drift (about 0.7%).

To assist with the detailed design and analysis a site specific hazard analysis was undertaken by Bradley Seismic Ltd, so that site specific earthquake spectra could be used rather than what are generally more conservative design loadings code. 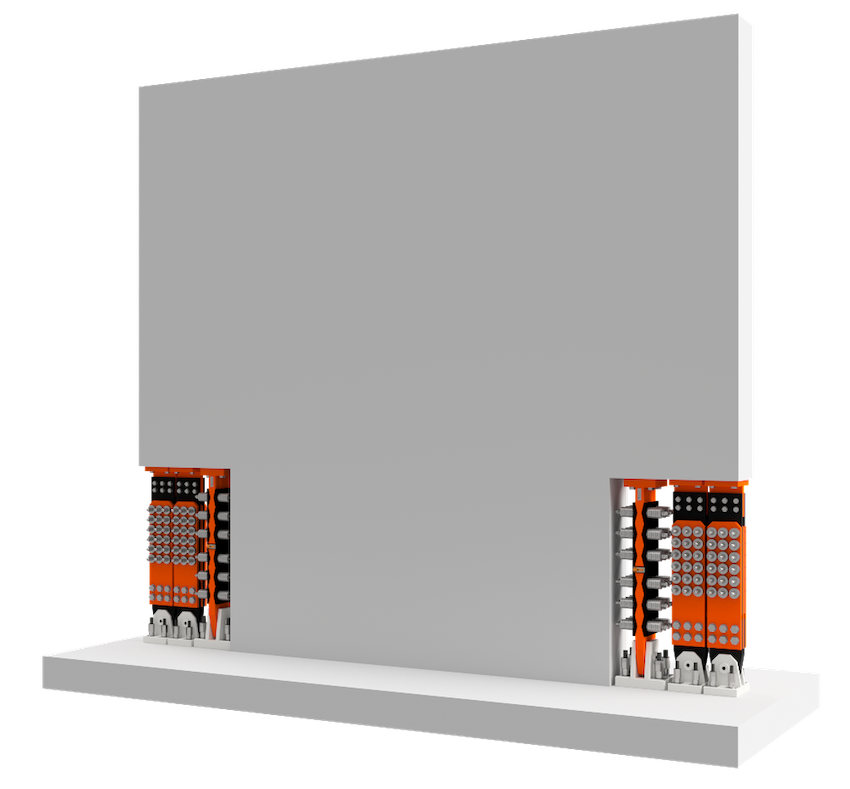 Primary non-linear static pushover analysis showed that the resilient devices would increase the hysteretic damping of the tower to an average of 7.5%, equating to average ULS ductility of 1.73 with a structural performance factor of 0.7.

Engineers performed a secondary analysis to validate the primary analysis method. Non-linear dynamic time history analysis used a suite of site-specific time history earthquake records provided by Bradley Seismic. This showed dynamic magnification of shear forces is only found to be significant at the lower levels of the tower, which are subsequently designed for the magnified higher shear forces. The added stiffness and damping of the resilient devices help to mitigate dynamic impact at the base of the rocking walls, which are further armoured with steel plates. The resilient devices provide sufficient self-centring to mitigate potential ratcheting with no residual drifts.

Although not a strict requirement, the building is now a self-centring building. This means, in the event of an earthquake, the building will return to its original position when the shaking has ended. As a benefit, the Tectonus devices deliver a seismically resilient structure which will have low damage following a design level earthquake and future apartment owners will be able to reoccupy their homes in days not weeks or months (sometimes years) as is often the case after such an event.

Tectonus connectors do not require ongoing maintenance and are warranted for 25 years. Mechanical gauges fitted to the connectors give a quick means of assessing performance following an earthquake. In the event of a design level earthquake, the devices will not need repair or replacement, a significant time and cost saving over other approaches.

Russell Property Group has achieved strong pre-sales for the development with 80% of the apartments now sold. The last apartments including a L11 penthouse are being held by the developer.

Prospective buyers were aware of the building’s history. The marketing campaign went into considerable detail on the strengthening works, as well as the design and analysis process followed by Russell Property Group. The apartments were marketed as not just 100% NBS but featuring a premium seismic solution, well in excess of that seen on competing properties.

To see how we can help with your project, contact the Tectonus Engineering team for more information.

Our engineers can discuss solutions for new and retrofit projects, advise and perform feasibility studies and support project design from start to finish.